The laboratory has invested in its facilities in order to provide testing and certification of high-temperature fans by way of offering steady temperatures of up to 600 ºC. Furthermore, it has acquired a second variable frequency drive of 400 V to increase the capacity of daily testing.

Applus+ TST, a leading testing laboratory for high-temperature fans, has made improvements to its facility upgrading the circuitry and isolation of its recirculation furnace with a view to broadening its testing capabilities and providing a more flexible service, tailored to manufacturer needs.

TEMPERATURES OF UP TO 600 ºC
Applus+ TST has also brought about a variety of improvements in the build and insulation of its recirculation furnace for large fans. The aim of these improvements was to raise the testing temperature to 600 oC. Following the success of its initial tests, the laboratory has demonstrated its ability to provide tests at this temperature.

To date, the European standard EN 12101-3:2016 and the CE Marking only contemplate testing fans at temperatures of up to 400 oC. However, there is a growing interest among manufacturers in testing at higher temperatures with a view to staying a step ahead of future regulatory changes that are already being observed in several European countries.

ABOUT APPLUS+ TST
The Applus+ TST high-temperature fan laboratory is ENAC-accredited to the UNE-EN 17025 standard for testing of smoke-extraction ventilators in accordance with annex C of the UNE-EN 12101-3:2016 standard.

The Applus+ TST facility is equipped with two test benches for high-temperature fans, an immersion furnace for small and medium fans and a recirculation furnace capable of testing fans of up to 3.5 metres across.

Applus+ TST is a reference laboratory for the ventilation industry and provides service to its key manufacturers. 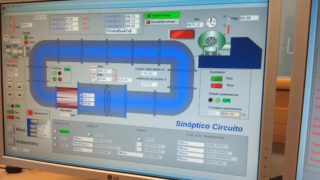 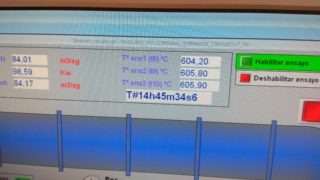